The toys are all packed and delivered for 2019.

Thanks to all who helped throughout the year.

Thanks to the Coulter Family for the pictures.

About the Toy Program

O.C.S.S.A. is a group of men and women of all ages who have a common interest in the hobby of scroll-sawing and get together  monthly to share our knowledge, skills and ideas with each other.  We are very proud of the fact that our most important objective is to make and donate toys to sick, underprivileged and/or abused children.

Many of the toys are made by the members in their shops at home. Workshops are also held to complete the unfinished items.  At Christmastime the toys are then boxed and delivered to various organizations including Orangewood Children's Home, U.C.I. Medical Center, C.H.O.C. and Halcyon House.  In 2004, approximately 550 toys were donated to nine organizations which also included a military facility in Iraq, as well as to a shelter in San Bernardino that housed the people that were evacuated from the major fires there.  In 2005, 302 toys had been shipped to an evacuation location in Louisiana due to Hurricane Katrina. 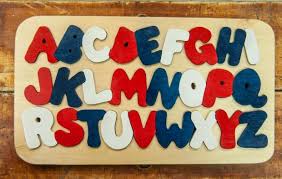 In 2006, we finished approximately 400 toys. They were boxed up and made ready for distribution during the first week of December and then passed out to various organizations who work with children. A big thank you goes out to all who helped with this project over the past year.

In 2007, over 900 toys were made and given away to various organizations.